Bob Proctor is an author, motivational speaker and entrepreneur. He is thought to be one of the first experts of the human mind. He owns “Proctor Gallagher Institute" where he teaches the law of attraction. He also has his own production company named "Life Success Productions", which he founded in 1970. He started his career at very young age when he began to study concept of getting rich. Proctor is famous for his appearance a movie he produced called "The Secret".

Bob has written many books including - Be a Magnet to Money, Contact Capital: How To Turn Your Contacts Into Cash Flow, The Mindset of a Millionaire: Success Magnetism Collection, It’s Not About the Money, You Were Born Rich, and The 7 Power Principles for Success.

Bob is famous for his motivational speaking and persuading people to earn more. His net worth is $20 million. He also is responsible for mentoring Tony Robbins and Eric Thomas. 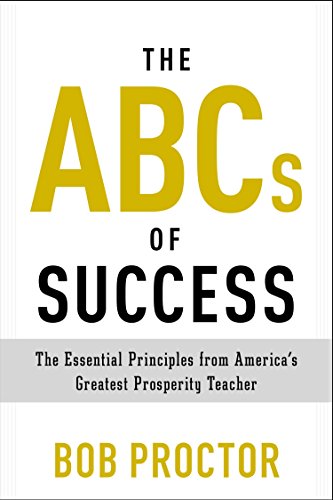 The ABCs of Success: The Essential Principles from America's Greatest Prosperity Teacher (Prosperity Gospel Series) Learn More Learn More
We earn a commission if you click this link and make a purchase at no additional cost to you.

“Science and psychology have isolated that one prime cause for success or failure in life. It is the hidden self-image you have of yourself.” – Bob Proctor

“Let’s start with what we can be thankful for, and get our mind into that vibration, and then watch the good that starts to come, because one thought leads to another thought.” – Bob Proctor

“Faith is the ability to see the invisible and believe in the incredible and that is what enables believers to receive what the masses think is impossible.” – Bob Proctor

“Money is only used for two things. One, it's to make you comfortable, and the more comfortable you are the more creative you will become. And the other purpose is it enables you to extend the service you provide far beyond your own presence.” – Bob Proctor

“Wake Up Winners are wide awake; they are alive. Every day you will find them in the marketplace making things happen. The real winners are not just dreamers. Although they have dreams, they are doers: They realize their dreams. They are the bell ringers, always attempting to wake others up to the numerous opportunities life offers. If” – Bob Proctor

Bob Proctor is a motivational speaker. He preaches about being decisive and believing in your decisions. You should consciously make a decision with your own facts. He is not wishy-washy with his choices. When he decides on something he goes 100% in the direction. Being decisive has saved Bob a lot of time because he does not have to regret choices or feel bad for himself. If its needed, he just makes a new choice and moves in that direction. You have the power to do the same thing!

Proctor grew  up very undisciplined before he met his mentor. He always thought of discipline as punishment. He knows now that discipline will give you the ability to reach your full potential while proving the freedoms to enjoy life. To achieve results, self-discipline is a must for Bob Proctor. He believes you have to command yourself to consistently make the right choices.  He is so disciplined with his time that he has his entire days scheduled out in advance.

Discipline can show up in many different ways and in different areas of life. For example, you could be disciplined with your workouts but have horrible sexual discipline. If you want to be a disciplined person, you need to work on accomplishing it in every area of your life so that there are no weak links. Discipline is simply choosing what you want most over what you want now.

Bob sets his goals high and pictures himself accomplishing things before they happen. He has developed the habit of using his mind to help him succeed. He does not just talk about success, but he can literally see everything playing out the way he wants it to in his mind before it happens. Bob Proctor is big on training the subconscious mind.  He avoids negative thought because he believes it will only bring more negative into his life.

The mind is powerful and you have to respect its abilities. You can't expect to be successful if you don't have a clear vision for what you want. You need to set goals and know where you're going and then have the daily habits to help you get there. One of those habits should be taking time dream and think about the future. Focus on the positive that you want to see in your life. 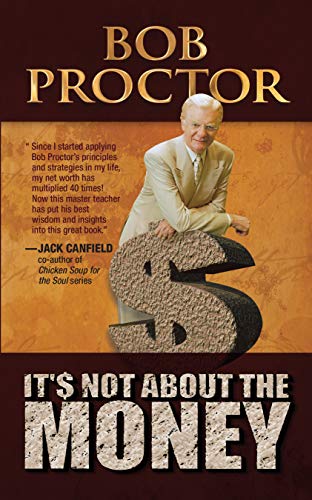 It's Not About the Money Learn More Learn More
We earn a commission if you click this link and make a purchase at no additional cost to you. 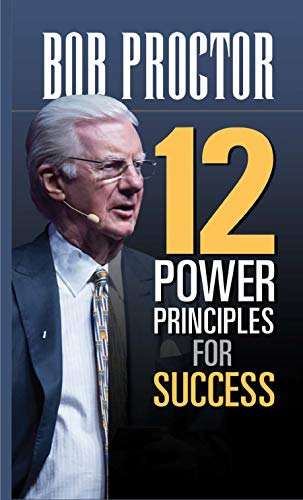 12 Power Principles for Success Learn More Learn More
We earn a commission if you click this link and make a purchase at no additional cost to you.