Candy Ken is an Austrian-American model and rapper. Candy Ken is famous for his feminine approach to rapping and modeling. He is not scared to have big muscles and wear dresses.

Ken attended Wenatchee High School in Washington where he played football for a year. In Lette-Verein college Ken enrolled himself in photography and film design in Berlin but he ended up dropping out. During college was when he started to be inspired by feminism, and  he started incorporating images of Hello Kitty, Barbie dolls and dressing in all pink.

Candy Ken started his music career in 2014 when he released his EP “Welcome to Candy Land”. He also directed his own videos on YouTube. Later on, those videos turned into short films named after the album. In 2015, At the Austrian film festival Alpinale, his movie won an award. Later that year, he released his second EP produced by DJ Smokera with the title “Candy Ken Paradise”. He released another EP two months later.

Ken stared his modelling on Instagram in 2015. After that, he did a photo-shoot with Terry Richardson. He did photo shoots for famous magazines like Vogue Taiwan, VMAN Magazine, Paper Magazine and Dazed magazine Korean’s edition. His net worth is $5 million.

“We stand against toxic masculinity, we gender-bend,  we don’t believe in stereotypes and social norms. you can be whoever you wanna be  this is ur life  never be urself, always be a unicorn cause urself boring af  don’t be fooled by what they tell you to be,u choose who u are at any moment, please start questioning everything - especially why a straight man in a dress irritates you that much...” – Candy Ken

“Happy Monday, always remember: it’s not Monday’s that suck - it’s ur life  so stop putting blame on time, Money and society - start taking responsibility and make the moves necessary and u will see that today’s the best day ever and tomorrows gonna be even better.” –Candy Ken

Candy Ken is fearless of societal norms. He has adopted a persona that is hard to duplicate because its so outside of what is normal. Most people don't have the guts to go against the grain like he does. He is a straight-male that will cross dress and wear feminine products and that makes him unique. He is popular because of the combination of his rapping and the way he dresses. He is completely fearless of criticism, being judged, mocked, or trolled.

You can either live the life others want you to live or you can live the one you were meant to live. Everyone has their own path and Candy Ken has found a very unique one that helps him to stand out. The big takeaway here is that you don't have to live up to any expectations but the ones you set for yourself.

Ken is very confident in himself. The only way you can be a muscular man that wears dresses and Hello Kitty outfits while also wearing Gangsta Grills is to be confident. Its one thing to be that way behind the scenes but he puts himself out there as exactly who he is. Candy Ken is a source of inspiration for those who fear and hide their choices because of the judgmental world.

You have to wear your confidence on your sleeve. Too many people don't believe in themselves and then they wonder why they don't succeed. No one wants to work with someone who is constantly doubting themselves. People want to be around people who are confident and sure of themselves. You have to do whatever it takes to build up your confidence and carry it with you.

Candy Ken is just himself on social media and with his music. He has millions of followers across his social media following because he gives people permission to be themselves. Most people don't want to act as extreme as he does, so when they see him being himself they know they can do it too. There is nothing really off limits for him, if he wants to flaunt his money he does, if he wants to take pictures with shirt off he goes for it. 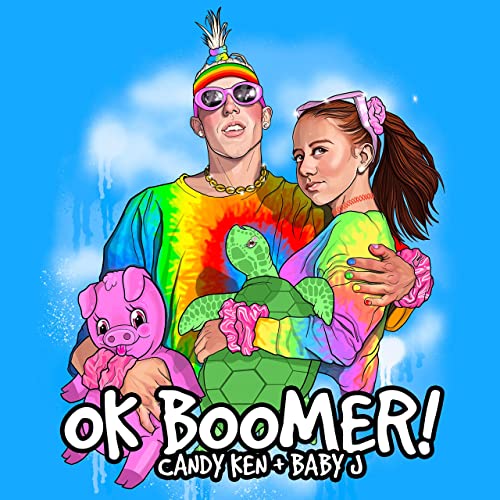