Chamillionaire Net Worth and Key Habits

Chamillionaire built his net worth as a rapper, entrepreneur and an investor. He began working independently with rapper Paul Wall. He signed to Universal Records and released the album "Sound of Revenge". The album featured the song "Turn It Up" and "Ridin Dirty". Ridin earned Chamillionaire a Grammy. Chamillionaire joined with LA based capital firm Upfront Ventures.

I’ma show you how to get your shine on (shine on).
-Chamillionaire, Turn It Up

Everybody keep on calling my phone (my phone). Which one of y’all am I gone take home (take home)?
-Chamillionaire, Turn It Up

I’ma show ’em how to get the club crunk (club crunk). Give ’em something thats goin’ rattle that trunk (that trunk)
-Chamillionaire, Turn It Up

Give me that million dollar beat and let me show you what to do with it.
-Chamillionaire, Turn It Up

Chamillionaire Net Worth and Key Habits

Chamillionaire was different from other rappers who only seemed to talk about blowing money. He chose to rap about how everyone else was blowing money and had no financial education. He wanted to put people on notice that they had to be smarter with their money.

At the end of the song Won't Let You Down he says:

See rich people aint gonna tell ya how to get paid
And broke people act like they the richest people in the world
Always tellin people wit money how to get money
Always spendin money they thought they was gonna get
Buyin things they cant afford, stop makin excuses
If chronic smoke make em sleepy he gon tell u he got chronic fatigue
If liquor makes him drowsy he gon say he got that gray goose disease
If women keep takin his money he gon tell ya it slipped off his sleeve
Whatever yo weakness is stop makin excuses please
You should not be in couch or in house u should be in route
If u gotta ask where then thats the reason u aint got nuttin
You don't know how to listen, go get it

Habit #2 - Invest For The Future

Chamilllionaire became an investor in tech companies like Lyft. He chose to take the path of rappers like Jay Z who focus on using music to make money to invest into other projects that can be much more stable financially. This is not a common move among rappers and athletes who make a lot at a young age without the financial discipline.

You have to look at your money with a long-term mindset. Its not about how much money you have now, its about how you plan to preserve it through your life and for future generations of your family. As you invest more, you can learn how to do it better and improve your rate of return.

Chamillionaire is one of the few rappers that was like Will Smith and did not need to swear like crazy in his music. It meant that people of all ages could listen to his music around their parents and not have them hear vulgar language. In a time when rap music was getting more explicit, he chose to go his own route and it paid off.

The takeaway here is that you don't have to do what everyone else is doing. At the time, most rappers felt that if they wanted to get street cred and be relevant, then they had to swear as much as possible and sound like other rappers. Fortunately this is not the case. What are you currently doing just because other people are doing it? 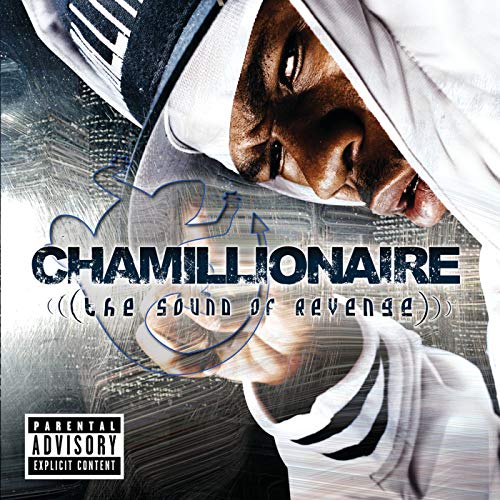 The Sound of Revenge Learn More Learn More
We earn a commission if you click this link and make a purchase at no additional cost to you.