He played his entire NFL career for the New England Patriots until his retirement in March 2019. He is a three-time Super Bowl champion (XLIX, LI, LIII), a five-time Pro Bowl selection, four-time First-Team All-Pro selection.

Gronkowski played college football at the University of Arizona. Despite only playing two collegiate seasons, his 18.8 yards per reception average and 1,197 receiving yards were a team record for his position. The Patriots drafted Gronkowski in the second round of the 2010 NFL Draft with the 42nd pick.

Gronkowski decided to team up with former Patriot Tom Brady and come out of retirement to play for the Tampa Bay Buccaneers in 2020.

Me not working hard? Yeah, right-picture that with a Kodak.- Rob Gronkowski

Just like any other game we're taking on we've got to prepare, prepare hard, mentally, physically. We've been practicing hard.- Rob Gronkowski

You have no confidence when you come out of surgery because you can't really do anything. You're like, "Man, am I ever going to heal?"- Rob Gronkowski

As time goes on you're getting more knowledge of your playbook and football, and you just pick it up easier. Lining up everywhere is just second nature to me now.- Rob Gronkowski

I just go with the flow, day by day, week by week.-Rob Gronkowski

Outside of being a professional athlete, Gronkowski has a deep love for fitness. He and his brothers own a number of fitness-related businesses including sports performance equipment, water bottles, and even CBD Oil. He dropped 30 lbs after her retired and promotes fitness whenever he can.

Not only is fitness important for health, but fitness is also great for mental health as well. Fitness will allow you to get more work done. It will also allow you to focus mentally, by helping you to get rid of any extra energy making you antsy.

Gronk is crazy, he does outlandish things with a frat boy mentality and that is just who he is. When he was drafted he came on stage with his family in a craze. It was an awesome sight and it hasn't stopped to this day when he football spiked a bust of Steve Harvey made of Legos on live TV during a countdown show on New Year's Eve. He is apologetically himself.

This is how you should be. No matter if you're introverted or extroverted, you need to own who you are. Do not feel the need to cover up who you are for anyone. You should always be yourself and allow that to shine.

Habit #3: Take Care Of Your Money

Rob Gronkowski is one of the best tight ends to have ever played the game. He has made a decent amount of money playing football. But has learned from the Marshawn Lynch model and chose to  live off his endorsement money. Saving up his NFL  salary.

This mindset is one that will keep him and his family set for some time. Taking care of your finances will allow you and the next generation of your family to eat good.

You should be taking care of your finances so you can fully focus on creating, and doing the things you actually love. Simple as that. 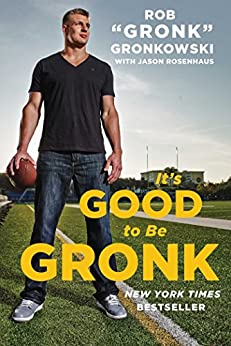 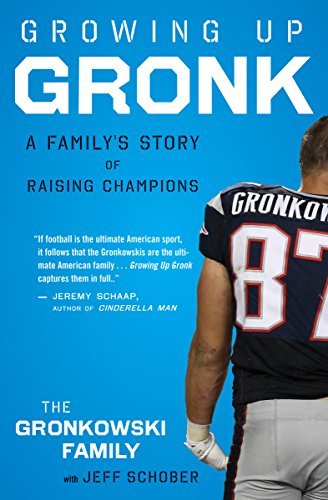 Take Care Of Your Money