Taraji P Henson built her net worth as an actress and author. She got her big break starring in Baby Boy with Tyrese. She also was seen in Benjamin Button and Hustle and Flow which helped to move her career forward. She also has been in Date Night as well as Karate Kid. Henson has also had a lot of success on the TV show Power. 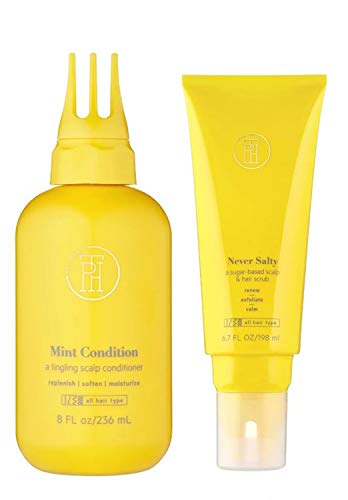 TPH By Taraji Hair And Scalp Treatment Set! Mint Scalp Conditioner Helps Scalp And Hair Replenish, Moisturize and Soften! Sugar Scalp Scrub That Renew, Exfoliate and Cleanses Hair & Scalp!
$39.99
Learn More Learn More
We earn a commission if you click this link and make a purchase at no additional cost to you.

“My father always told me, ‘If you are blessed, then it’s your job to go out to the world and bless someone else.’ If I have everything, what is everything if I can’t share it? People make the world go ’round. We need each other.”- Taraji P Henson

“You’ve just got to be strong, because the devil wants you weak, and the devil wants to catch you in a vulnerable moment and make you believe things that aren’t true. I just stay strong. I know what side I’m on: I’m on faith’s side. I’ve got God.”- Taraji P Henson

“The people that said they were going to cancel me never liked me in the first place, so I don’t count them.”- Taraji P Henson

“Don't you ever dim your light to make someone else feel comfortable. God gave you that light to share with the world. If someone can't take your brightness, politely hand them a pair of fabulous shades, and wish them well on their journey. More importantly, pray that they tap into the light God gave them.” - Taraji P Henson

Taraji P Henson took a huge risk in order to make it in Hollywood. Her fathers son had been killed and she wanted to pursue her acting dream so she went out to California with $700 and her son and no idea how she was going to make it. She allowed her son to be her fuel  and to keep her focused on why she was there and what she wanted to do. The rest was history!

Too many people want to have success without taking any risks. There is no reward without some risk and the bigger that risk the bigger that reward ends up being. You want to look back on your life and know that you gave everything that you had to chase that thing in your heart.

Taraji P Henson has been very outspoken about the pay gaps seen between men and women. She has been offered much less than her worth but said at times she had to be willing to drop her ego in order to move her career forward.

Its not always about demanding more money but making sure that you she was able to act and live out her dream. Dropping the ego is not easy but it has helped her acquire many great opportunities.

The ego is not the way and it never will be. You have to dig deep and find the truth to why your ego sees the need to rear its ugly head. Pay attention to how your ego could be blocking you from the very thing you want the most in life. The more you can keep your ego at bay, the easier it will be for you to see clearly.

Taraji P Henson has no issue addressing and exposing her fear. She get scared all of the time but she does not ignore it. She acknowledges that fear is present and decides to move forward anyway. Fear means she is outside of her comfort zone and heading in the right direction.

Fear is going to come when you are going after your dreams. You have to acknowledge and realize that its usually not real. Fear is meant to help keep us alive but being scared to speak on stage, or ask someone for help is not true fear.

These are not life and death situations. You have to acknowledge that you are fearful and then address it. Look the fear straight in the face and you will quickly see that its nothing to run from. 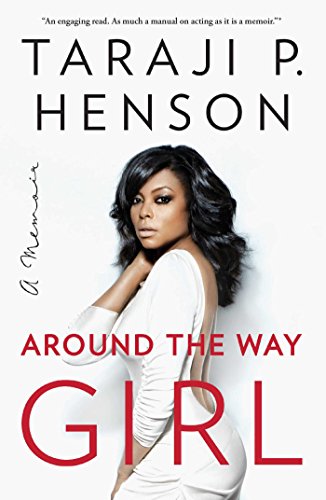 Around the Way Girl: A Memoir
$12.99
Learn More Learn More
We earn a commission if you click this link and make a purchase at no additional cost to you.