“Aspire rather to be a hero than merely appear one.’” – Baltasar Gracian. Here are 30 Heroic Fire Fighter Quotes.

1. “When a man becomes a fireman his greatest act of bravery has been accomplished. What he does after that is all in the line of work.” – Edward Croker

2. “A hero is no braver than an ordinary man, but he is brave five minutes longer.” – Ralph Waldo Emerson

3. “When fire is cried and danger is neigh, ‘God and the fireman’ is the people’s cry; but when ‘tis out and all things righted, God is forgotten and the firemen slighted.” – Unknown

4. “True courage is being afraid, and going ahead and doing your job anyhow. That’s what courage is.” – General Norman Schwarzkopf

5. “Firefighters go where they’re needed, sometimes ignoring the dangers even when no one is inside a burning building to be saved.” – Bill Dedman

6. “Real heroes are men who fall and fail and are flawed, but win out in the end because they’ve stayed true to their ideals and beliefs and commitments.” – Kevin Costner

7. “All men were created equal, then a few become firemen.” – Unknown

8. “Being a firefighter is as close as you get to being a modern-day soldier in your home country.” – Tom Dawson

9. “Nothing cries out for compassion, concern, and danger as a fire engine screams by carrying firefighters ready to do battle without flinching from any demand.” – Byron Pulsifer

10. “Bravery is being the only one who knows you’re afraid.” – Franklin P. Jones

11. “Firemen never die, they just burn forever in the hearts of the people whose lives they saved.” – Susan Diane Murphree

12. “More often than not, a hero’s most epic battle is the one you never see; it’s the battle that goes on within him or herself” – Kevin Smith

13. “Becoming fearless isn’t the point. That’s impossible. It’s learning how to control your fear, & how to be free from it, that’s the point. Necessity of action takes away the fear of the act and makes bold resolution the favorite of fortune.” – Francis Quarles

14. “The bravest are surely those who have the clearest vision of what is before them, glory and danger alike, and yet notwithstanding, go out to meet it.” – Thucydides 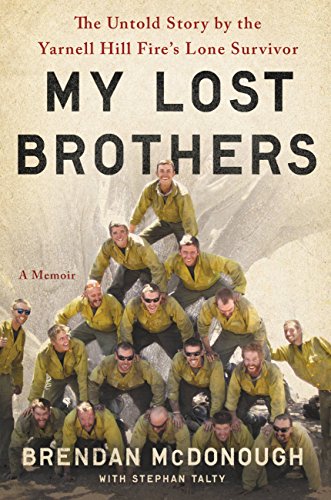 Granite Mountain: The First-Hand Account of a Tragic Wildfire, Its Lone Survivor, and the Firefighters Who Made the Ultimate Sacrifice
$9.99
Learn More Learn More
We earn a commission if you click this link and make a purchase at no additional cost to you.

16. “I think a hero is an ordinary individual who finds strength to persevere and endure in spite of overwhelming obstacles.” – Christopher Reeve

17. “The funny thing about firemen is, night and day, they are always firemen.” – Gregory Widen

18. “People are always asking me how is it that firefighters run into a burning building when everyone else is running out. Courage is the answer. ” – Chief Kennedy

19. “But sound aloud the praises, and give the victor-crown to our noble-hearted Firemen, who fear not danger’s frown.” – Frederic G.W. Fenn

20. “You have to do something in your life that is honorable and not cowardly if you are to live in peace with yourself, and for the firefighter, it is fire.” – Larry Brown

21. “Every firefighter knows that he is always susceptible to this type of tragedy. They go to work every day knowing that they are doing something so positive, that people really respect them and appreciate them.” – Thomas Von Essen

22. “What firefighters and people in our military and cops do is separate from what the rest of us do; basically these people say, ‘I’m going to protect all these strangers.’” – Denis Colin Leary

23. “Firefighter appreciation isn’t just a once a year affair because firefighters are there for each of us every day.” – Byron Pulsifer

24. “The hero is the man who lets no obstacle prevent him from pursuing the values he has chosen.” – Andrew Bernstein

25. “Firemen never know what they will encounter on each call but proceed with the same level of commitment and service.” – Byron Pulsifer

26. “How important it is for us to recognize and celebrate our heroes and she-roes!” – Maya Angelou

27. “I have no ambition in this world but one, and that is to be a fireman. The position may, in the eyes of some, appear to be a lowly one; but we who know the work which the fireman has to do believe that his is a noble calling. Our proudest moment is to save lives. Under the impulse of such thoughts, the nobility of the occupation thrills us and stimulates us to deeds of daring, even of supreme sacrifice.” – Edward Crocker

28. “I can think of no more stirring symbol of man’s humanity to man than a fire engine.” – Kurt Vonnegut

29. “In fire, you can plan everything out to the minute, and a minute before that, everything changes.” – Dan Felix 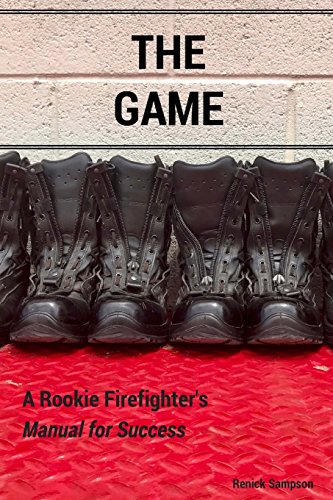 The Game: A Rookie Firefighter's Manual For Success
$15.99
Learn More Learn More
We earn a commission if you click this link and make a purchase at no additional cost to you.

- 44 Inspirational Hero Quotes To Be The Best Version Of You

- Ready Fire Aim – How to Succeed and Learn as You Go

- 10 Strategies For How to Let Go of Anger

“Hard times don’t create heroes. It is during the hard times when the ‘hero’ within us is revealed.” – Bob Riley

“Firefighting – one of the few professions left that still makes house calls.” – Unknown

“Firefighters are some of the most selfless public servants you will ever encounter.” – Denis Leary