Introduction  to The McDonald's - Top 3 Organizational Habits for Success

Hate it or love, McDonald's is a global brand and force to be reckoned with, and they have been for years. The organizational habits of McDonald's are world-class. They provide us all with a lot to learn and apply to both our personal and business lives.

They have come under attack in the last decade as people become more aware of their health. Even with this information, it has not stopped the people from lining up at their drive through to get a quick bite to eat.

The story of McDonald's has been told through the classic book Grinding It Out and the movie "The Founder" starring Michael Keaton. The McDonalds brothers originally founded the company. Ray Kroc was a salesman that sold some blenders to the brothers. Their order was so large that he went to stop by, and he could not believe how fast they made him a burger. He convinced the brothers to let him Franchise stores. The brothers were resistant at first, but they eventually agreed.

Ray Kroc had a massive vision for McDonald's, and he was tired of the brothers holding him back. He decided to start another company that owned the land that McDonald's stores had been built on. It was one of the most ingenious business moves in the history of the world.

McDonald's is now worth over $100B. They are a global brand with over 37,000 stores across the world. Like their slogan implies some people hate them and others love them, but regardless their success cannot be denied. Here are the organizational habits of McDonald's that brought them to the top.

"But perfection is very difficult to achieve, but perfection was what I wanted in McDonald's. Everything else was secondary for me. " - Ray Kroc

“There's almost nothing you can't accomplish if you set your mind to it.”  - Ray Kroc

“As long as you're green you're growing, as soon as you're ripe you start to rot.”  - Ray Kroc

“We (McDonald's) are not technically in the food business. We are in the real estate business. The only reason we sell fifteen-cent hamburgers is because they are the greatest producer of revenue, from which our tenants can pay us our rent.”
― Harry J. Sonneborn

“I was an overnight success all right, but thirty years is a long, long night." - Ray Kroc

#1 -Be Consistent and Grind

You can go to any Mcdonalds across the globe and expect the food to taste the same. We all know that McDonald's is not the best-tasting burger, but the company has the best system by far. There is no way to achieve this level of consistency without an immaculate system to support it.

From the McDonald's brothers to Ray Kroc, the early days of the company were all about the grind. That attitude persists in the company today. The company has a rep as an embarrassing place to work today, but there is more to the story. McDonald's provides a diverse body of people with an opportunity to grind to earn a living.

People make a lot of jokes about McDonald's, but one thing they don't play around with is their training. In 1961 Ray Kroc launched Hamburger U to train McDonald's employees. A Big reason that McDonald's has maintained strong leadership and ben able to maintain consistency is because of their training.

Some people do many complicated jobs than what a McDonald's fry cook does, and yet they probably receive less training. Most companies fail their employees by not providing enough exercise for them to succeed in their job and build their organizational habits.

Hamburger U today has facilities globally t train franchisee owners on cleanliness, operations, service, quality, procedures and so much more. After this extensive training, the franchisees have the skills to go back to their store and train their team and raise more leaders in the company.

#3 -Adapt to The Consumer

McDonald's is fantastic at adapting over the years. They sell the same stuff, but they know how to brand themselves in different ways to keep up with the times.

If you walk into McDonald's stores today, you will notice how the stores feel like warm cafes where you can hang out and get some work done. That was intentional! The stores used to feel like cheap fast food joints. When fast food started to get a bad rap at the turn of the century, they adapted.

They have adjusted for consumer demands by removing the supersize menu, offering healthier options, offering, and they were the first to do the drive-thru right. McDonald's is still relevant today because they listen and follow trends.

McDonald's sensed the need for a quick breakfast for people to eat on their way to work. Egg McMuffin became one of the most popular items on the menu. It led to countless other fast food places needing to create breakfast menus to keep up. 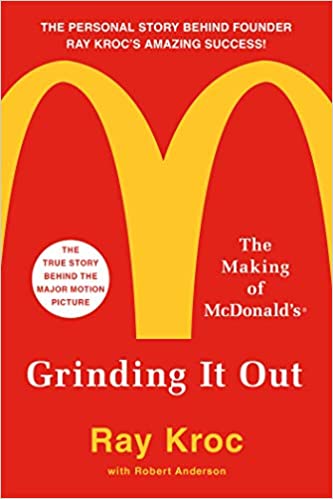 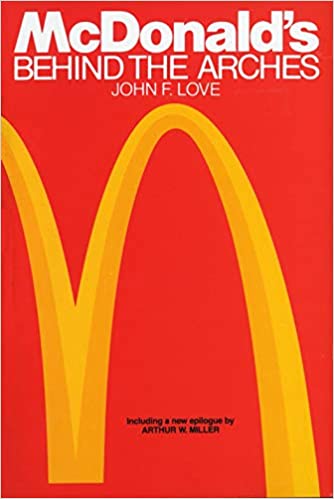 Summary of The Organizational Habits of McDonald’s

Show Up Ready to Work Hard

Always Be Training and Learning

Adapt to the Customer Constantly