Introduction to The Walmart Organizational Habits

Walmart is the king of wholesale retail. Founder Sam Walton was focused on saving his customers every penny that he could, and he made sure that the company embodied that philosophy. Americans began to flock to Walmart stores due to their excellent prices.

Walmart has come under a lot of scrutinizes for the way they deal with suppliers and how they treat employees, but that was not the case in the early days of the company. Sam Walton treated his people right.

One of the smartest movies Walmart has ever made was getting into groceries. The grocery business is currently one of their most profitable. Walmart has also made a lot of stories recently to improve its supply chain and online store to keep up with Amazon.

Quotes to Prep For The Walmart Organizational Habits

"Mother must have been  pretty special motivator because I took her seriously when she told me I should always try to be the best I could at whatever I took on. So I have always pursued  anything I was interested in with true passion - some would even say obsession - to win." -  Sam Walton

"I usually felt that if a fellow could manage his own finances, he could manage one of our stores." - Sam Walton

"Its almost embarrassing to admit this but its true: there has not been a day in my adult life when I haven't spent time thinking about merchandising." - Sam Walton

"I remember Sam Walton saying over and over again: go in and check our competition. Check everyone who is our competition. And don't look for the bad. Look for the good. If you get one good idea, that's one more than you went into the store with, and we must try to incorporate it into our company." - Charlie Cate

"Finally, a lot of folks ask me two-related questions all of the time. The first is could a Walmart type story still occur in this day and age? My answer is of course it could happen again. Somewhere out there now there's probably someone - probably hundreds of thousands of someones - with good ideas to go all the way. It will be done again, over and over, providing that someone wants it badly enough to do what it takes to get there. It's all a matter of attitude and the capacity to constantly study and question the management of the business." - Sam Walton

The only company that has done a better job of this than Walmart is Amazon. The reason Jeff Bezos knew how to do this is that he studied the book Made In America by Sam Walton. Walmart was the first company to pay attention to their customers and competition on a grand scale.

Store managers had to send in reports each week of what was selling. Sam Walton did this to make sure that everyone was paying attention to what customers were buying. People criticize Walmart for many reasons, but the reality is that Walmart wins because they give customers what they are looking for, and they do it at low prices.

Sam Walton was one of the best CEO's ever at watching and learning from customers. Most people only look at the competition to point out all they are doing wrong. He was humble enough to see what they did well and then take it back to his stores to get better. This is a key organizational habit of Walmart

Habit #2 - Pass The Savings to The Customer

The culture was one of trying to keep exspenses as low as possible. There is nothing fancy about Walmart. Founder Sam Walton was very clear about this. They always stayed in cheaper hotels, their head quarters were not fancy and he only made technology upgrades when he had to. The reason for all of this is that everything he save could be passed to the customer.

If they could get a deal from a supplier, employees would want to earn more of a profit. Sam Walton never wanted that, he would want the savings to be passed to the customer at all cost. This way of thinking has been woven into the fabric of the company. People don't just spend money at Walmart without a very good reason. Their goal is have the best prices and the less they spend the more money they can save the people.

They were able to fly under the radar for a long time because of this. They keep gobbling up small town after small town and by the time they decide to go into big cities they were too big to stop.

Walmart would sell items like toothpaste and deodorant at a loss because they knew that if they could get people to buy their basics with them, they would stay and purchase other things. Walmart was smart enough to see there was a lot of money to be made in grocery shopping as well. Walmart has its way of operating, and they stick to that way.

Sam Walton: Made In America Learn More Learn More
We earn a commission if you click this link and make a purchase at no additional cost to you.

Summary of The Organizational Habits of Walmart

Obsess Over The Customer

Help The Customer to Save Money

Go Against The Grain 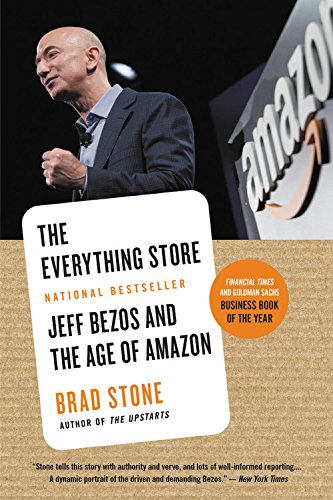 The Everything Store: Jeff Bezos and the Age of Amazon Learn More Learn More
We earn a commission if you click this link and make a purchase at no additional cost to you.